Eleven Reflections on September is a poetry/spoken word, multimedia performance on Arab American experience, Wars on/of Terror, and “the constant, quiet rain of death amidst beauty” that each autumn brings in a post-9/11 world.  This production is based on the series of poems Andrea Assaf has been writing since 2001, spanning the fall of the towers, the on-going wars, and the current revolutions and conflicts sweeping through the Arab world.  Aesthetically, the poems explore the disintegration of language in the face of violence, prejudice, and unspeakable horror; as such, they progress from lyrical to abstract and broken.  The annual witnessing of autumn leaves becomes a metaphor for the fallen–soldiers and civilians … This multi-disciplinary project includes performances with interactive media design and live music; community dialogues; visual arts exhibits; open mics, panels and opportunities for action through partnerships with Iraq Veterans Against the War and other peace organizations.

The Original Cast Recording  is available on CD!  Order or download today @ CDBaby!

*NEW!* Visit our 11Reflections VIMEO page for interviews with the cast, and more video excerpts of the show! Including …

The WOW! Festival Preview @ The Apollo Theater Soundstage, for the Women of the World Festival (2015), featuring Andrea Assaf and Aida Shahghasemi:

Excerpts of video art by Pramila Vasudevan, with text by Andrea Assaf:

Downtown Magazine —  Eleven Reflections on September: A Look Back on a Post-9/11 World 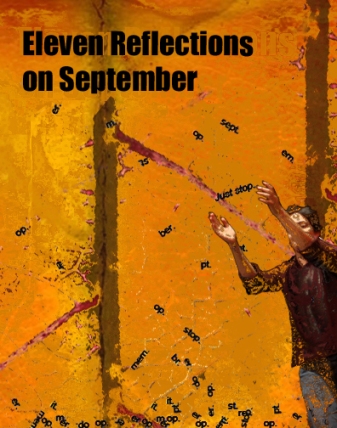 June 14, 2015 @ the legendary Apollo Theater, as part of the  WOW! Artists TakeOver, Women of the World Festival, in partnership with Hi-ARTS. 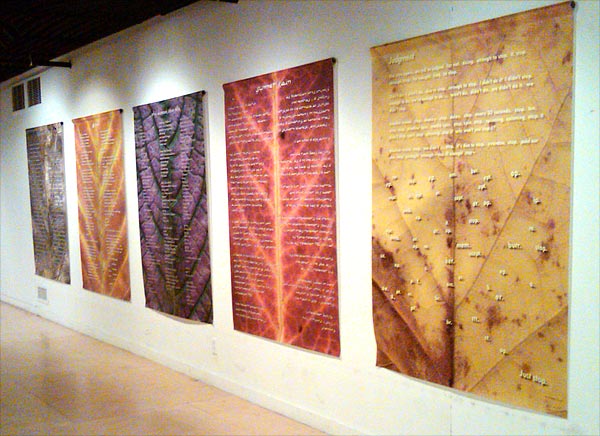